10 Places To Visit For Getting Scary Vibes 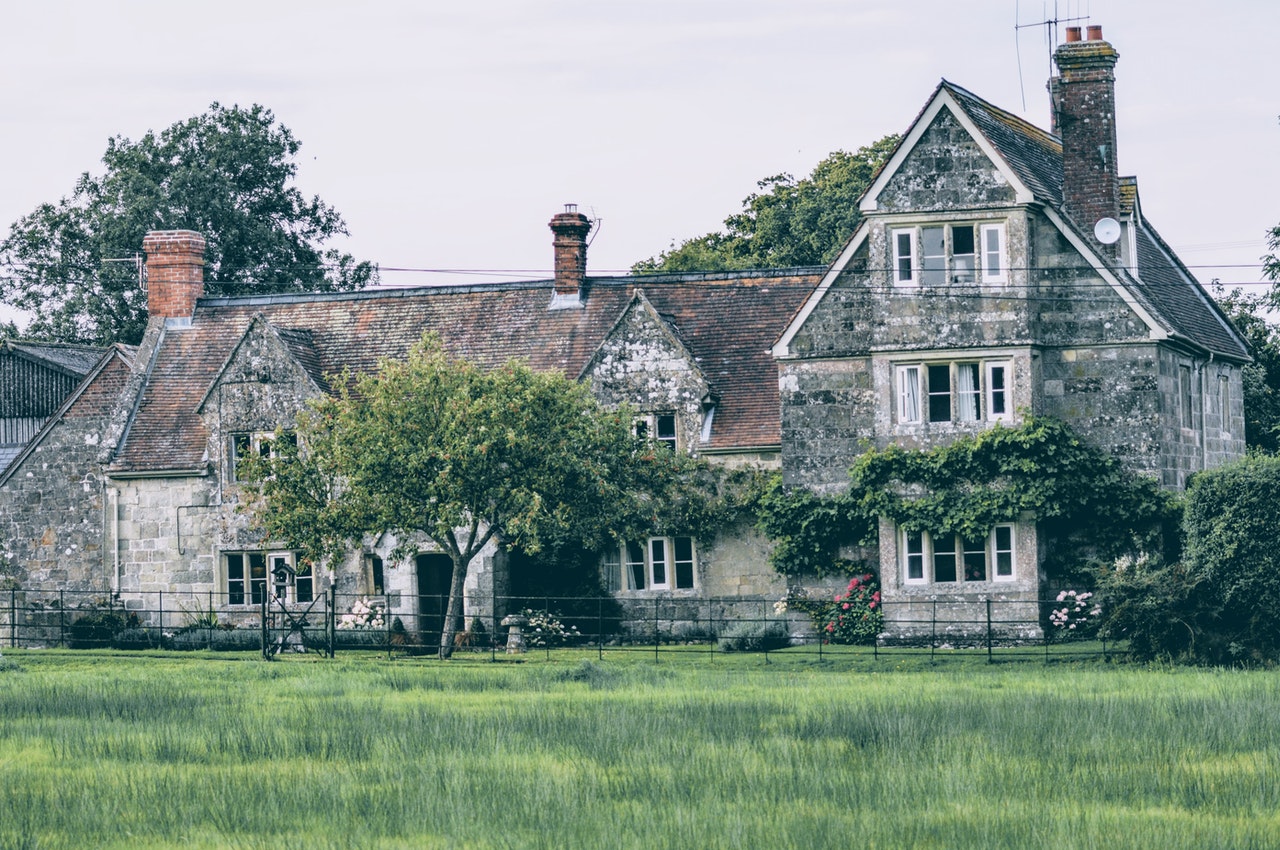 These are some pretty creepy spots to visit around the world, from Dracula’s castle in Transylvania to the Island of Dolls in Mexico. Continue reading… if you dare.

1. The Banff Springs Hotel is located in Banff, Alberta, Canada.

What exactly is it? The Banff Springs Hotel, which opened 125 years ago, was and continues to be a luxury stop for Canadian train passengers. “The Castle in the Rockies,” which is now part of the Fairmont hotel network, has become an iconic landmark in the region’s gorgeous scenery.

What makes it such a creepy location to visit? Guests have described seeing a bride tumble down the staircase and break her neck when her dress caught fire. The ghost of former bellman Sam Macauley is possibly the oddest of them. When guests go to tip him, he has been seen assisting them to their room, unlocking the door, turning on the lights, and then disappearing. The ghosts are free and the rooms start at around $440 Canadian dollars.

What exactly is it? The ruins of Raja Bhagwant Singh’s fort city, built in 1573 AD. The fort, which formerly housed royal palaces, huge temples, bazaars, and villas, is now an archaeological site known as the ‘House of Ghosts.’

What makes it such a creepy location to visit? A long time ago, a magical priest fell in love with the ruler’s daughter, Ratnavati, a lovely princess. But because his feelings for her were unrequited, he cast a ‘love spell’ on her perfume. When Ratnavati realized what had happened, she flung the perfume bottle at him, which exploded into a boulder and crushed him. He cursed the princess, her family, and the entire hamlet before he died. Bhangarh Fort is one of India’s most haunted locales, considered to be perpetually condemned to desolation and inhabited by spirits.

What exactly is it? A small island south of Mexico City encircled by the Xochimico canals. The island was never meant to be a tourist destination, but it is named after a young girl who died there under mysterious circumstances.

What makes it such a creepy location to visit? The macabre sight, also known as Isla de las Munecas or Island of the Dolls, is home to hundreds of headless dolls. But how did they get there in the first place? A drowned girl is believed to have been discovered in the canal by the island’s keeper. He discovered a floating plastic doll shortly after locating her and hung it in a tree as a symbol of respect. For years, he hung more and more dolls to appease the spirit of the little girl. Residents have seen possessed dolls move their heads, open their eyes, and even whisper to one another. What began as a harmless gesture has evolved into one of Mexico’s most terrifying attractions.

What exactly is it? Château de Brissac is the highest castle in France, with seven majestic levels, 204 rooms, and its own private opera house seating 200 people. It was originally erected as a stronghold in the 11th century.

What makes it such a creepy location to visit? The “Giant of the Loire Valley,” which has been home to the Cossé-Brissac family for five centuries, has hosted many noteworthy visitors throughout the years, including King Charles VII. La Dame Verte is one of the more unusual visitors (Green Lady). Her spectral form is frequently seen in the chapel’s tower room, where she was murdered by her husband after being caught having an affair. When she’s not scaring visitors, her screeching can be heard reverberating around the castle, with sockets for eyes and a snout.

On Trafalgar’s Best of France, you can learn more about the Loire Valley. 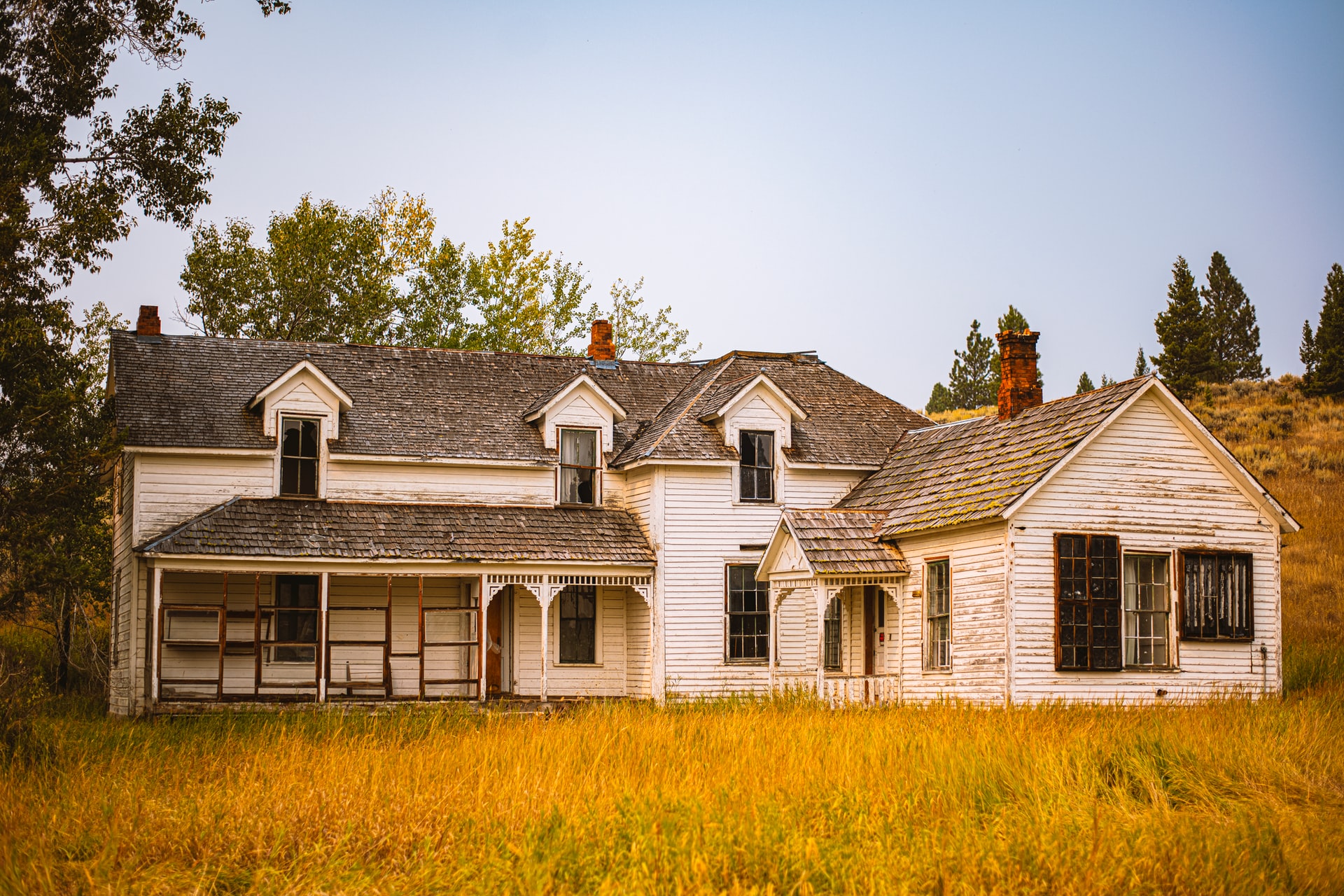 What exactly is it? On a little hill in iauliai, north Lithuania, there are approximately 200,000 wooden crosses. The Hill of Crosses began as a revolt against the Russian uprising in 1831. Soviet Russia outlawed religion, and the hill was destroyed twice under the occupation. Following Lithuania’s independence in 1991, it became a popular pilgrimage destination for many Christians.

What makes it such a creepy location to visit? Take a peek at it.

What exactly is it? The Igorot tribe of Mountain Province in northern Philippines has an old burial custom.

What makes it such a creepy location to visit? Coffins are either affixed or tied to the sides of cliffs as part of a burial rite designed to bring the departed closer to heaven. Because the corpse is buried in the foetal position, each coffin is barely a metre long, honoring the Igorot’s concept that people should depart the world in the same condition as they entered it. Even more gruesome, savages from other tribes used to hunt for heads and bring them home as trophies. The dead were essentially buried far up so that no one could access them. If that isn’t a haunted attraction, we don’t know what is.

What exactly is it? The Castle of Good Hope, built by Dutch colonists in the 17th century, is South Africa’s oldest structure and was originally the site of many government operations.

What makes it such a creepy location to visit? The fortress has seen some horrific punishments and executions over the years, leading to numerous stories of ghost sightings. The most renowned of these is ‘the Lady in Grey,’ a female ghost who has been seen racing through the castle and screaming uncontrollably. She hasn’t been seen since a woman’s body was discovered during digs. South Africa’s most haunted castle now houses three outstanding museums and a café, making it well worth a visit.

What exactly is it? Because of Bram Stoker’s scary novel, this majestic 14th century castle is a national landmark with a terrifying reputation.

What makes it such a creepy location to visit? The only castle in Transylvania that fulfills the description from Bram Stoker’s Gothic horror novel Dracula is Bran Castle. The plot concerns Count Dracula of Transylvania, a blood-sucking vampire, and his battle with vampire hunter Van Helsing. According to legend, wicked spirits known as “steregoi” act normally during the day, but their souls leave their bodies at night to harass villagers while they sleep.

On Trafalgar’s Balkan Adventure, you can see Dracula’s castle for yourself. 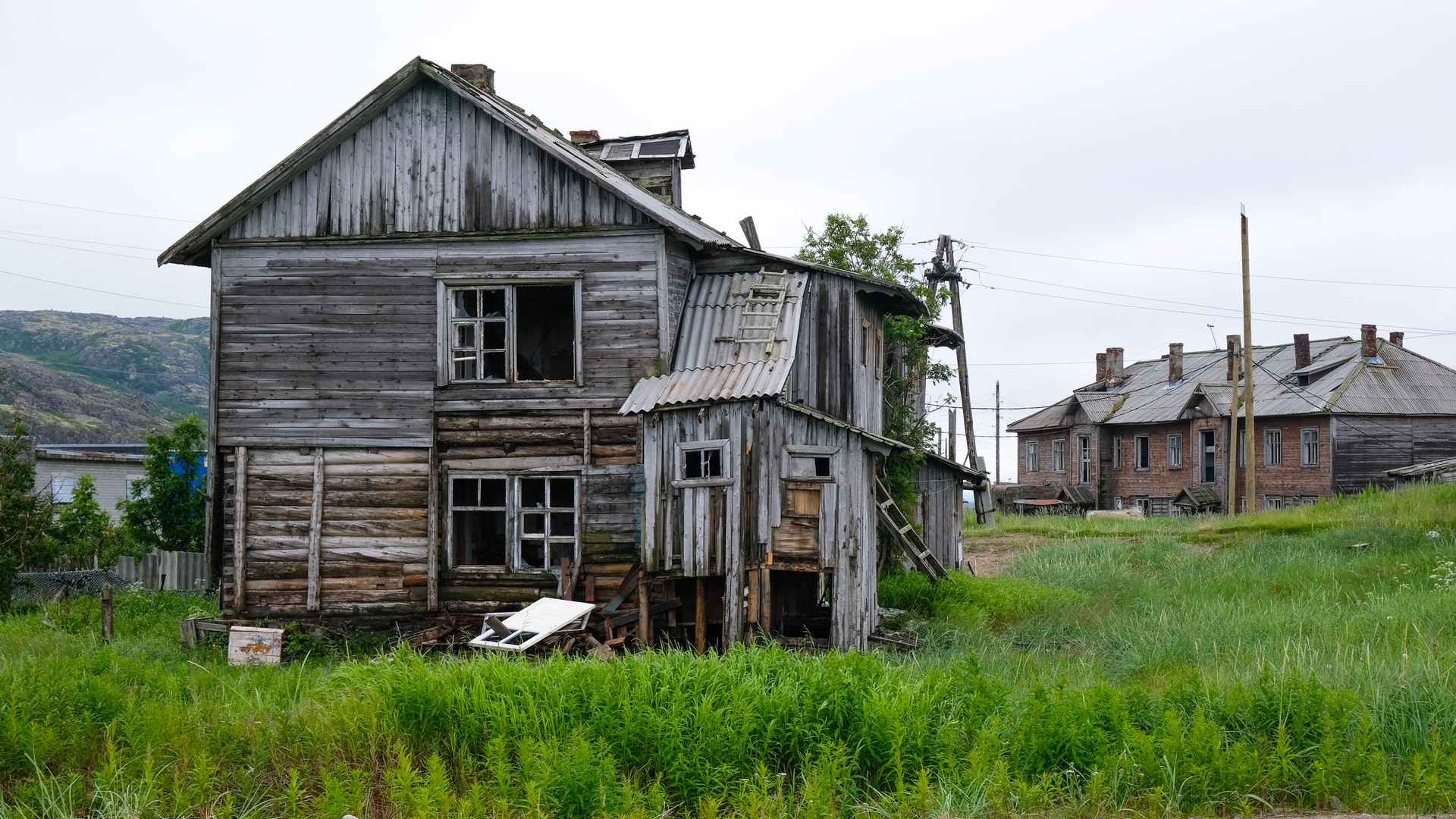 What exactly is it? The castle, fortress, and World Heritage Site, which was built in 1097, has witnessed almost 900 years of history. The Tower of London is one of the most haunted places in the UK, with regal kings and tormented inmates.

What makes it such a creepy location to visit? With such a long and illustrious history, it’s no surprise that the Tower of London has a few grisly tales to tell. There have been numerous paranormal sightings over the years, the most famous of which being Anne Boleyn, the wife of the terrible King Henry VIII. Her decapitated body has been sighted roaming the tower since she was beheaded by the King in 1536. The Tower’s guardians… six terrifying ravens… are more than just a resting place for the dead.

What exactly is it? In the Karakum desert, there is a massive gas field the size of an American football field.

What makes it such a creepy location to visit? The blazing crater known as the “Door to Hell” may readily be mistaken for the entrance to the Underworld. In 1971, a Soviet drilling rig collided with a vast subsurface natural gas cavern, forming the crater. The hole was ignited to avoid an environmental disaster, resulting in hazardous vapors being spewed into the air. The pit is still smoldering after more than 40 years. For an out-of-this-world experience, camp under the stars and marvel at the crater’s infernal glow. 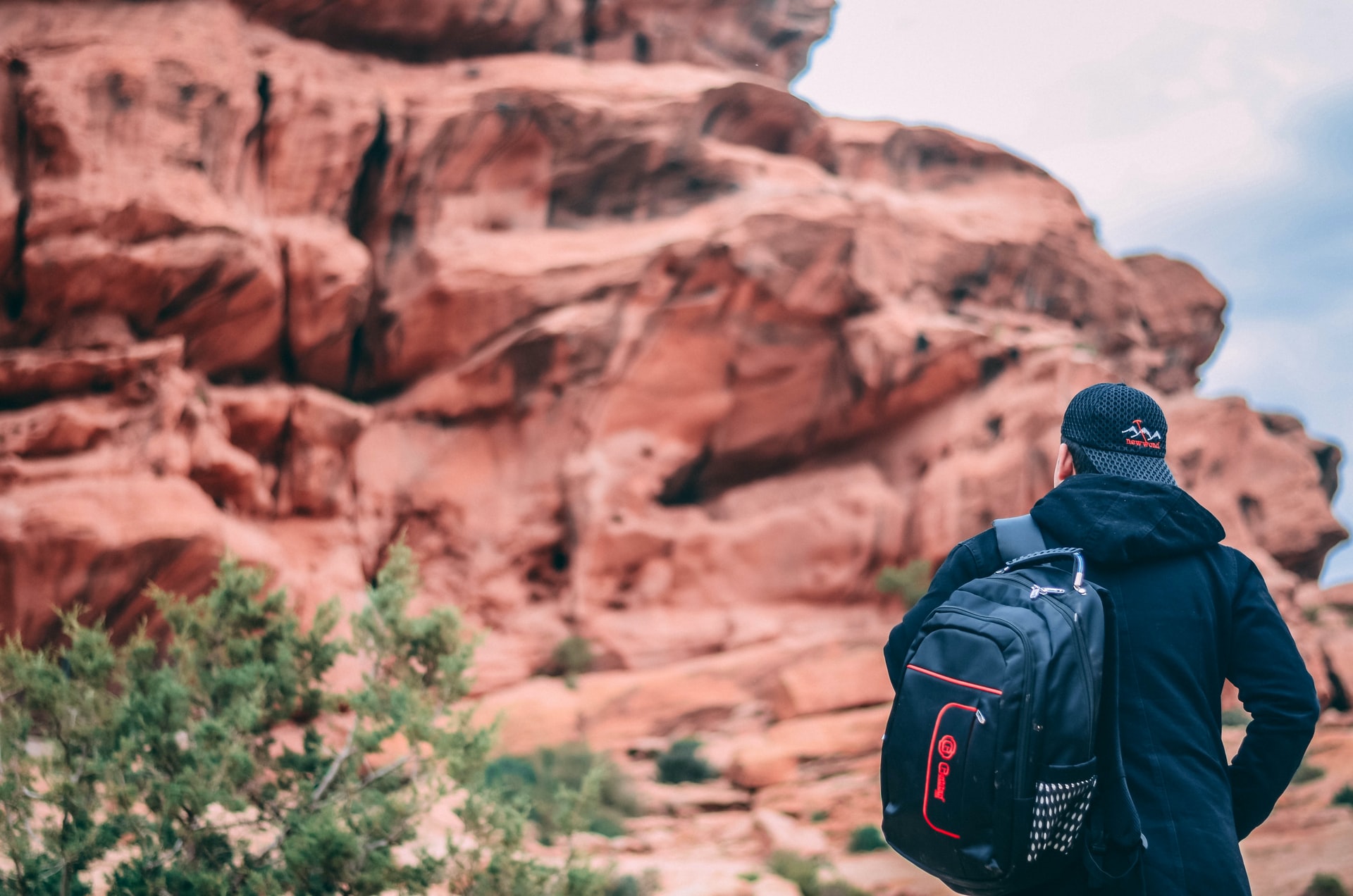 The Best Backpack For You
Read Time: 5 Min